Warranty: Why a Cable Inspection in Wind Farm Pays off 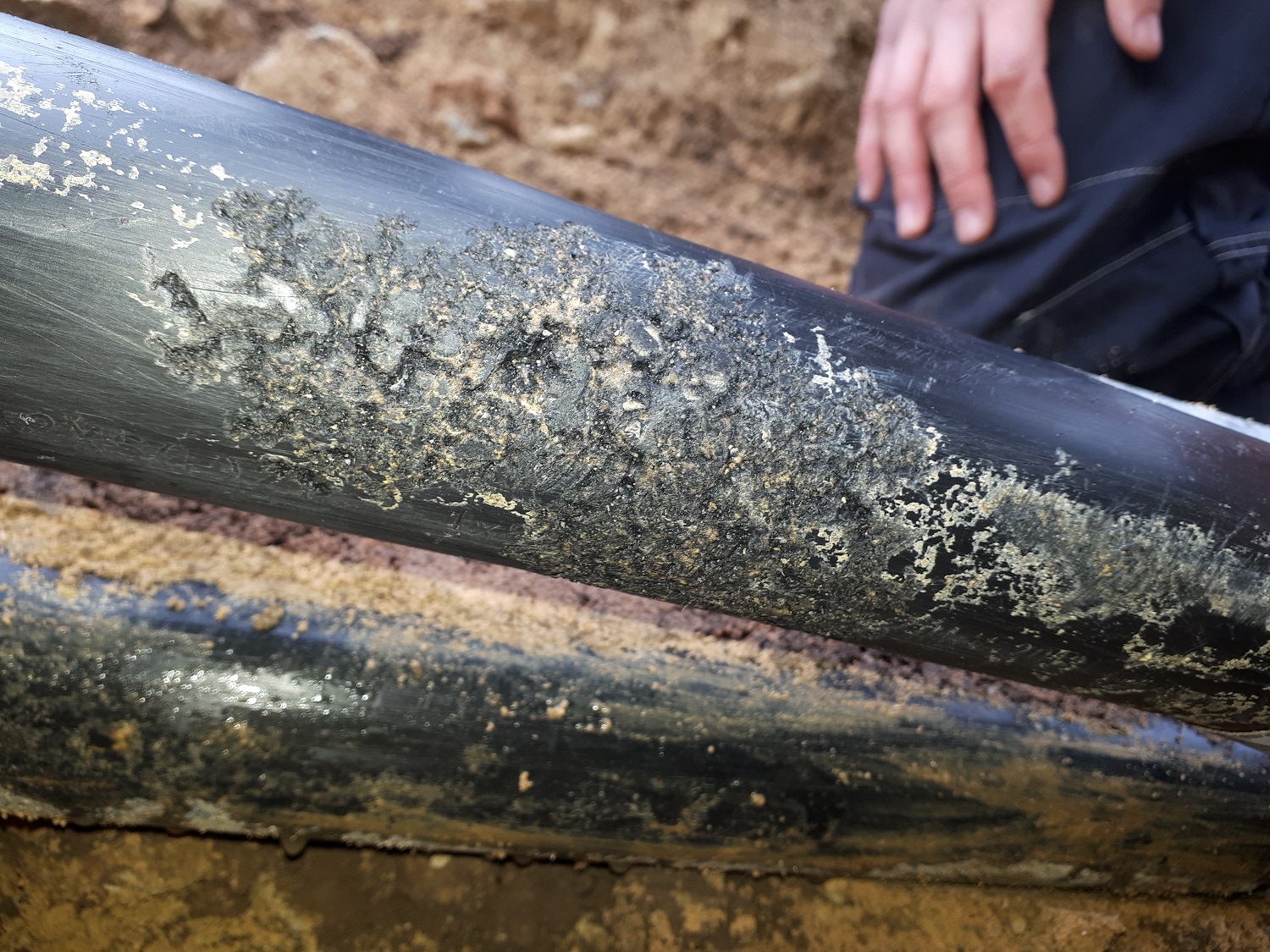 Out of sight, out of mind. This can be expensive for wind farm operators. While the wind turbine itself and its components are regularly serviced, checks of the wind farm cabling are limited to an absolute minimum. Generally, once the cables have been inspected and approved before commissioning, there is no further regular cable inspection in wind farm for the next few years – unless obvious errors or faults occur. This can have disastrous consequences. Wind farm operators should take precautions especially before the end of the warranty period.

Experience shows: Critical faults occur in almost every tested wind farm. This is confirmed by Christian Peinemann, Technical Management at wpd windmanager GmbH & Co. KG, responsible for all cable tests at the operating manager. „Since 2018, we have been offering condition-based cable inspections – also at the end of the warranty. On average, there are two to three cable sheathing faults for every wind farm tested by us. Often we also detect partial discharges and incorrectly assembled, oxidized, porous or even damaged cable connections and plugs.

But what is the procedure for testing before the warranty expires? What must be considered? 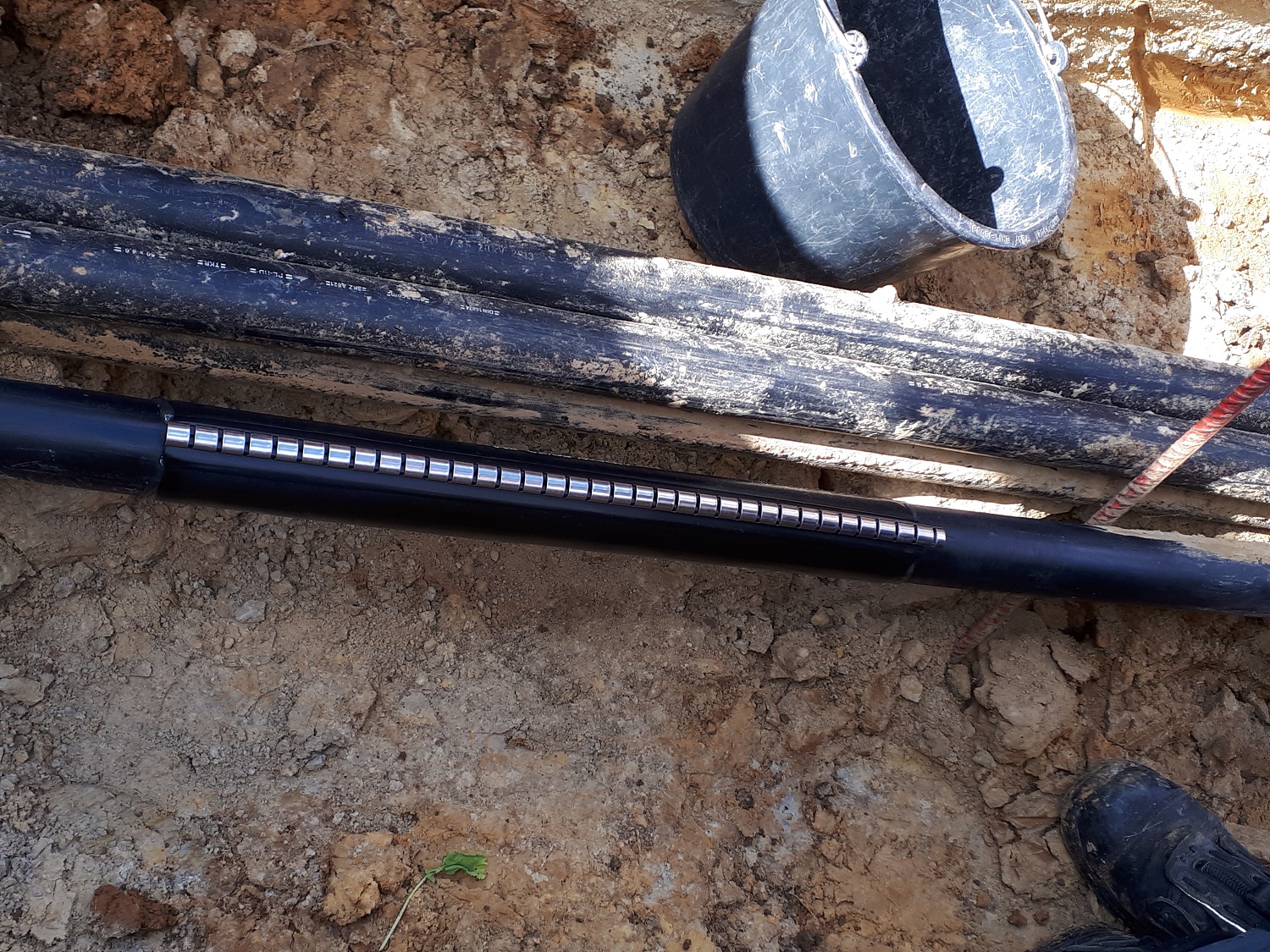 „In a Bavarian wind farm, we recently carried out a condition-based cable inspection as part of the warranty,“ explains Peinemann. „As far as time is concerned, we always orientate ourselves towards the end of the warranty period. Ideally, wind farm operators should commission the inspection around three months before the end so that they can allow sufficient time for measuring and reporting any defects to the cable manufacturer“.

In this specific case in Bavaria, the cable measurement team found four sheathing faults, a partially discharged connection sleeve as well as too large cable holding clamps in the switchgear panels of the wind turbines 1 to 4 and an unfixed earthing rail in the switchgear panel of the 5th wind turbine. These findings were later confirmed during the repair work and two further sheath faults were detected on the external cable route.

Based on the relatively young age of the wind farm and the already prevailing level of partial discharge, it was possible to conclude that there was a high probability that the connection sleeve was defective due to installation errors. After consultation with the cable manufacturer, an external test laboratory was commissioned to investigate this. „The respective cable manufacturer is of course free to commission his own validation of our test results,“ says Peinemann. Each warranty case causes costs for the cable manufacturer. Accordingly cable manufacturers try to keep these as low as possible for themselves.

The team around Peinemann also determined the causes of the sheathing faults quite quickly and clearly. The cables showed clear signs of abrasion in the areas where they were led through a pipe for a road or trench crossing. Such traces only occur during the laying work and they considerably endanger the protective properties of the cables (for example, against the penetration of water).

„At around 33,ooo volts there is a risk of liability consequences“.

„In addition, we were surprised to discover that the laying depth of the cables was insufficient and did not correspond to the specifications in the documentation,“ says Peinemann. Since the cable was only about half a meter deep in some places, a farmer probably succeeded in hammering an iron rod in such a manner that it hit the cable exactly. Fortunately, however, „only“ the outer sheath was damaged. „With a mains voltage of up to 33,000 volts, operators are facing more than just financial disadvantages. This can quickly lead to liability consequences,“ Peinemann explains. „Many operators are not even aware of this. 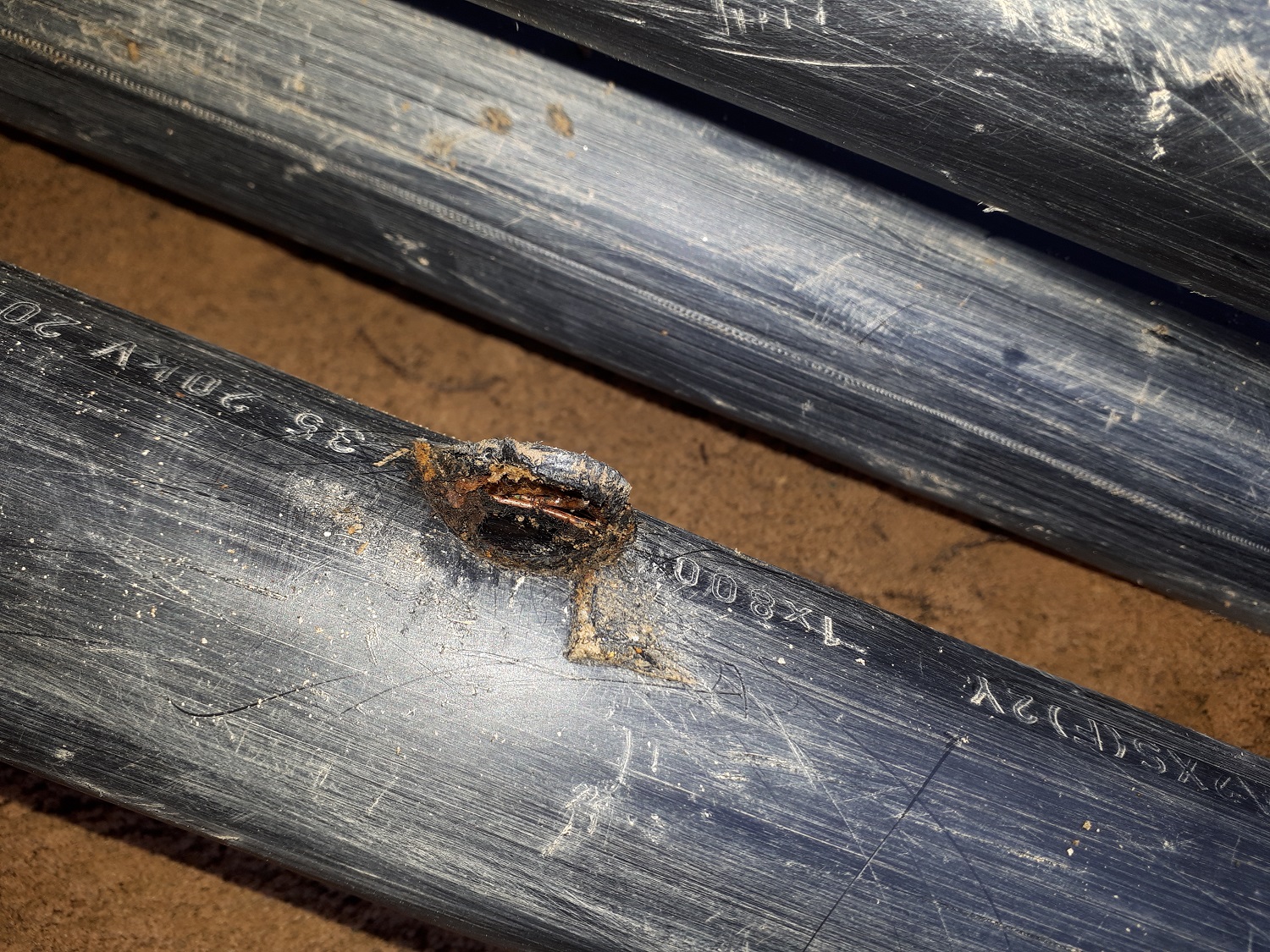 Sheath defect due to iron rod

COSTS VS. BENEFITS: WHEN IS IT WORTHWHILE TO TEST A CABLE?

It is difficult to set up a lump sum cost accounting. The causes of damage are too diverse, as are the wind farms with their locations, the number of turbines and their volatile yields. „However, it can be said in general terms that malfunctions and cable faults occur under load. Accordingly, operators should act with caution, because in the event of damage, they must always reckon with losses in yield. Often even the entire park stands still,“ says Peinemann. „Then the loss of yield immediately exceeds the costs for a cable inspection.“

Since the medium-voltage cable system is usually tested only during commissioning, operators should rather play it safe and – at the latest when the warranty expires – have the condition of their wind farm cabling checked. This saves money. The measurements from the wind farms – with an average of around 2-3 sheathing faults – also show that a condition-oriented inspection quickly pays off. So operators are on the safe side and there are no unpleasant surprises.

wpd windmanager is the first German operating manager to have its own cable test van and supports operators in the testing and diagnosis of all cables.