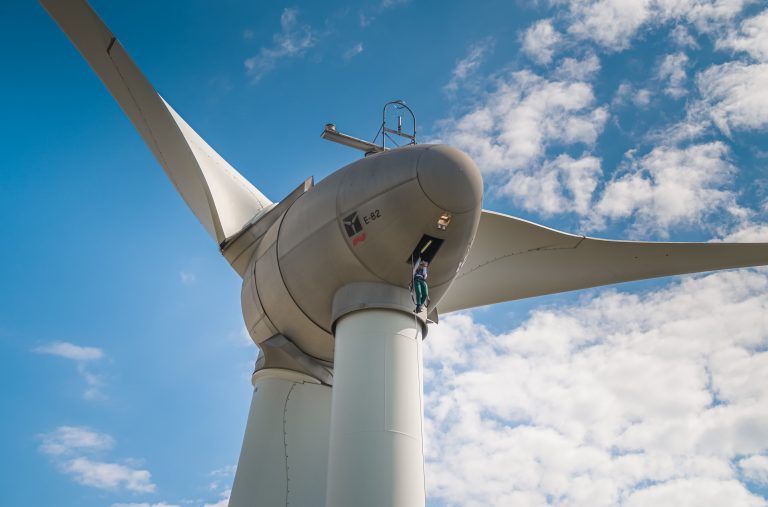 Just imagine: Peter Altmaier, Federal Minister of Economics and Energy, roping down from a wind turbine at a height of over 100 metres. Equipped with personal protective equipment. In front of the journalists‘ cameras. The pictures go around the world. Altmaier sets an example. A confession long needed. Wind energy is safe.

Totally unrealistic? Yes and no. A look across the border towards Poland shows that there are other ways of doing politics. At least differently than here in Germany. Poland’s Deputy Prime Minister and Development Minister Jadwiga Emilewicz demonstrated it on 29 July at the Kozmin wind farm. Emilewicz had accepted the invitation of the Polish Wind Energy Association (PSEW), which had organised an information event on the status of wind energy development in Poland at the „Jarocin Kozmin“ wind farm. The wind farm, which is currently being built by wpd in the western centre of Poland, in the wielkopolskie voivodeship, consists of 17 GE 2.5-120 wind turbines. The first turbines of the 42.5 MW project are expected to be commissioned in Q3/2020. 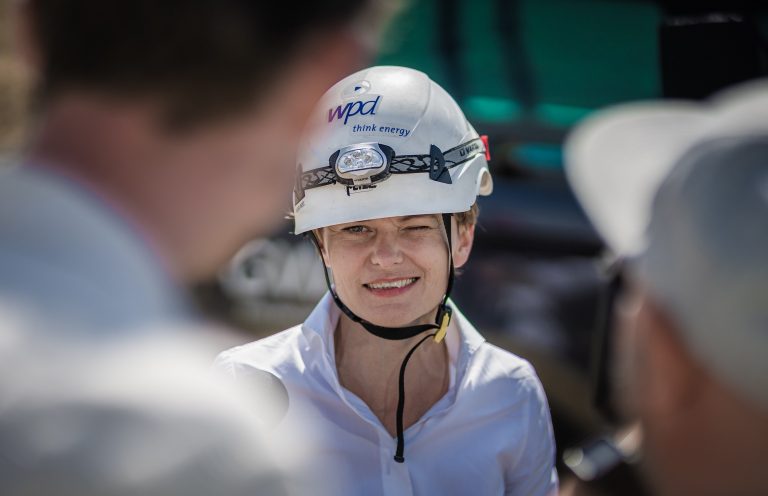 During a tour of the „Kozmin Pilot“ wind farm, which has been in operation since 2014, the Minister spoke to Agnieszka Pląska, the Managing Director of wpd Polska, among others, who introduced the company, emphasised the good cooperation with the regional administration and the great importance of wpd’s commitment to the energy turnaround in the country. At the wind farm, the Polish team of wpd windmanager around Pawel Kopczyński had made all arrangements for the sophisticated demonstration of an evacuation. In front of the eyes of the journalists, wpd windmanager employees wanted to rope down from the nacelle of the Enercon E-82 at a height of 108 metres. However, this plan of the Polish wpd windmanager colleagues was put to the ultimate test on site by the spontaneous action of Prime Minister Emilewicz, who suggested without further thought that she could be evacuated from the nacelle of the Enercon turbine and roped down. Pawel Kopczyński had beads of sweat literally written on his forehead. 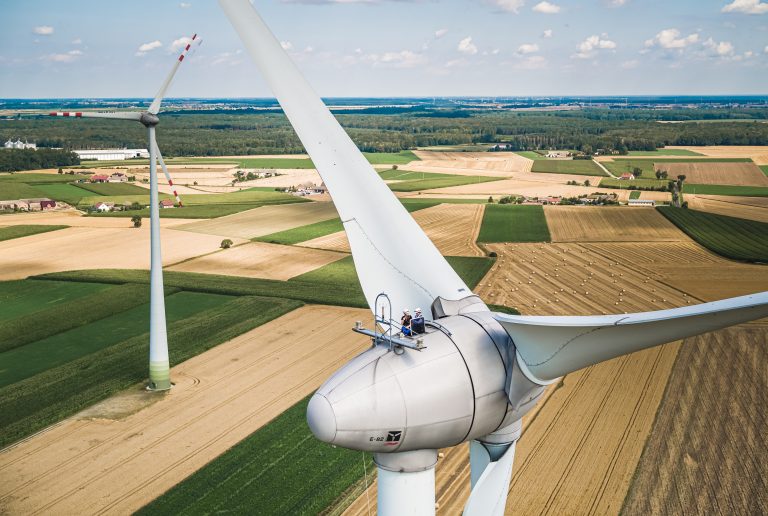 Emilewicz immediately followed her words with action. This impressed not only the trained and height-proven technicians of wpd windmanger. The journalists were also impressed by the physical commitment of the Prime Minister. 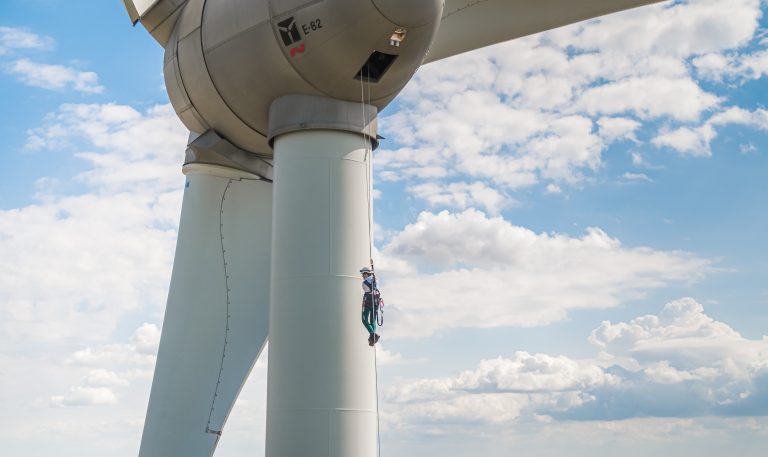 In a concluding press conference, Emilewicz stressed that Poland aims to be one of the countries that will invest most in the development of wind energy by 2050. She emphasised that an amendment of the so-called „Wind Power Investment Act“ was essential for this. Its entry into force in July 2016 has brought the development speed of Polish wind energy to almost zero, as it has implemented the 10-H distance rule known from Bavaria. From the very beginning, both PSEW and wpd Polska have advocated a change in the law and the minimisation of minimum distances. 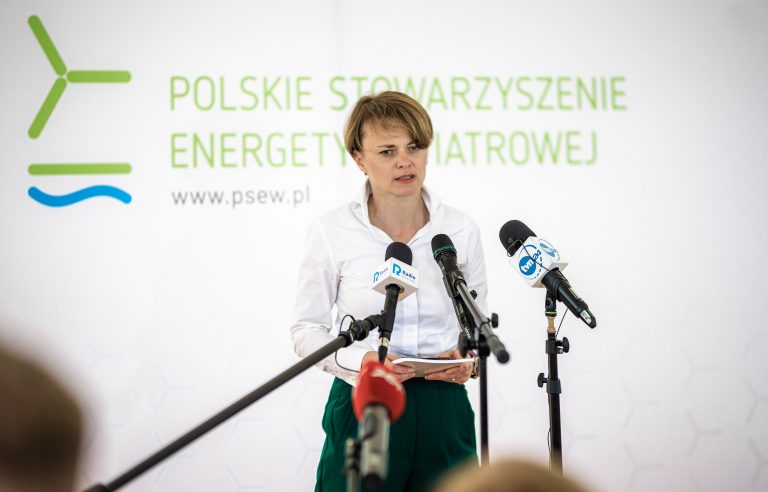 Jadwiga Emilewicz’s ministry has been working hard for months to amend the law so that a reduction of the distances is possible if there is a development plan (in Polish MPZP), an environmental impact assessment and local acceptance. The liberalization of the law is to be implemented by the end of the year, so that the blockade of important wind energy projects in Poland could be dissolved to a large extent in 2021.

The event at the two Polish wind farms „Kozmin-Jarocin“ and „Kozmin Pilot“ and the sensational action of the Deputy Prime Minister have helped to give this development even more momentum.

Such physical commitment would be desirable in this country as well. Jadwiga Emilewicz sets a good example. Please copy Altmaier. NOW!